Let’s face it, Netflix sucks now. Not in the “I’m canceling it” kind of way, but even worse- the ” I feel trapped into keeping it”, way.

With an over abundance of movies and shows being thrown at us at every time we open the app, you’d think we’d be thankful.

Most people don’t realize that the netflix algorithm isn’t showing you shows outside your comfort zone. To fix this, skip to How to reset the Netflix Algorithm to see shows Netflix has been hiding from you! (instead of switching between 10 Netflix alternative that won’t satisfy you).

Note: Even though Netflix sucks; I’m still watching it on my Amazon Firestick 4k, which allows me to run apps much more smoothly than me TV or Roku does.

Did you know: you can see new movies and shows using an App called “Plex”?

With 200,000 subscribers lost in the first quarter of 2022 (April) and 2 million more expected in the second, the company is predicting it will lose even more as time goes on.

This is why they added an “ads based” option at a lower price point. (wow)

For a while all you needed was Netflix and nothing else…

In the past, large communities, visionaries and veterans of the entertainment industry have predicted that the mass would require 5+ subscriptions to different streaming services just to get the level of variety we are used to.

What I found shocking is that Netflix stock dropped significantly after

It’s almost as if we’re going backwards and circling back to…. well, cable? (think IPTV)

Somehow, Netflix subscribers are left feeling like there’s nothing to watch on a platform that force feeds an over abundance of content to viewers.

It’s not uncommon to hear a Netflix subscriber claim there’s nothing above “B-list” movies being served to them on a thirteen dollar per month silver platter (and sixteen for 4k) Not to mention how unfavorable the label “Netflix originals” have become when slapped on a movie or show:

“Netflix originals” is building a negative rep on par with Nickelback and Adam Sandler’s series of Happy Madison productions movies.

It’s no wonder so many believe Netflix is bad now; and are now switching over to a personal streaming service; which can be used on Roku’s – yes, even if it’s old, has problems, or runs slow).

We’re going to cover more alternatives for the all too popular “Netflix Sucks” problem and how to solve it in this post.

How much Does Netflix suck? How does Netflix make its users really feel?

Netflix makes young adults feel the same way the price of extra guac at Chipotle does… and that is the: “I don’t agree with this, but please take my money”, feeling. They know they’ve got your money because it’s too hard to say no each month.

Subscribers will continue to indulge and deal with the minor annoyances since everybody is so heavily invested and familiarized with the platform already.

Statistically, when so much content is being added, many movies are bound to suck. Let’s not even break into the percentage of Netflix shows you love that got canceled.

Did we mention the increase of monthly price? Netflix sucks.

The alternative? Many are setting up their own personal streaming service (though, it’s actually amazing) as their very own “personal Netflix” enabling almost any movie or show that exists to be put on your TV with a Netflix style navigation. (plus, it’s more affordable).

Short on time?
If you’re short on time… you can skip this guide and see How to watch any movie or show that exists in less than 10 minutes

Netflix Alternatives (for those who think Netflix sucks)

With so many people looking elsewhere for fresh content, resetting the Netflix algorithm only lasts so long. Certain shows simply aren’t available on only Netflix and others are turning to streaming services such as Amazon Prime, Hulu, Peacock, and even Plex.

I personally use an Amazon Firestick to use apps that are far better than Netflix (like Plex), which allows this personal streaming service experience.

The best Netflix alternative is without a doubt Amazon Prime in my opinion. This is because most people already have Amazon Prime and it has a selection that competes with Netflix.

This is possible because Amazon is becoming such a big Tech giant, that they’re able top provide such a large, vast majority of popular TV shows and movies.

Related: How to fix Alexa not working on amazon fire hd tablets

Not to mention: they have already began to take over football entertainment, which will change the way streaming works.

Hulus now makes you pay to watch shows with ads on them. While it’s only $7, the more expensive option of no ads is well worth it considering the whole idea of streaming is to watch TV on demand and without frustration.

Hulu has a variety of shows that Netflix simply doesn’t carry. Most of these shows are both new and old TV series, such as family matters or old cartoons that ran for 10+ seasons back in year 2000.

However, Hulu also carries trendy, modern shows that Netflix can’t get their hands on and this makes them a runner up to both Amazon prime and Netflix.

The Netflix rating system sucks… or does it?

A while back Netflix destroyed its own rating system.

What we mean by that is… they literally destroyed it.

Here’s a the email regarding reviews we subscribers received: “We wanted to let you know that this feature will be retired on July 30th due to declining usage.”

Now, at the start of each movie we’re forced to either check rotten tomatoes or risk the next 25 minutes to figure out if a show or movie is worthy of our time and attention.

We’re all wondering it: Why not be more like a personal streaming service and allow rotten tomatoes built right in before you watch?

Personal streaming service users can check the rotten tomatoes ratings and also explore related titles by not just movies but actors. Plex is basically a better, free Netflix and serves as an empty shell for movies and shows.

This means you can get literally any movie or tv show that exists- an ideal Netflix alternative. The thing is, nobody shows you how to get content on the app- the process different than what most are used to (don’t worry we’ll show you how to do that here.

How to reset the Netflix algorithm

How can you use the Netflix algorithm in your favor? Well, I found that accidentally logging into my brothers username one day left me pleasantly surprised. It was almost like an algorithm reset. He has a completely different content lineup than what I was used to.

At first, much wasn’t of interest, but soon I found quite a few things that shocked me that I never would had discovered.

This had me excited.

Did you know, you can see new movies and shows using an App called “Plex”?

The Netflix algorithm is so good at detecting what we watch that subscribers no longer experience new surprising content outside their comfort zone. (Thanks Netflix)

They are so good at designing the algorithm that its backfiring. Netflix knows what we want to watch and now it’s difficult to have a novel experience where we’ll discover movies outside our comfort zone.

So by making a new Netflix username every few months and resetting the algorithm, Netflix sucks less.

Though, If I had to choose I’d fancy myself a personal streaming service over an algorithm reset any day of the week. It’s just too good.

Psychology tells us it’s us that sucks, not Netflix!

Can you believe that science tells us: when we can’t find anything good on Netflix, it’s not that the Netflix content sucks… it says that we, the user, sucks.

This means that our brains don’t process enjoyment the same way it would as if you just watched one episode each day of a season.

How is this so?

Well, psychology studies focused on habituation point to the fact we are over stimulated and desensitized to something we receive over and over or in abundance. In other words-if this is true, consuming episodes slowly, (like a hamster water bottle drip) would make us consistently more happy. (source)

I’ve tried this experiment and I surprisingly found myself excited the next day instead of bored flicking through the Netflix navigation.

Netflix sucks, but is it enough to get rid of your subscription?

Netflix shows are often released season by season… as opposed to episode by episode like the good ol’ days.

Less time to adjust means that current events and highly relatable weekly releases are lacking in Netflix’s content. Especially compared to TV of the past.

Theres a ton of movies getting cranked out and statistically not all of them are going to serve you especially with the “algorithm pit” mentioned earlier in this article.

People don’t want to break out of their comfort zone until it happens, it’s then that they’re excited again.

Without resetting the algorithm every so often, we’re bombarded with so many choices, but so few good picks.

…and Netflix originals? It’s safe to say too much original content is not good for subscribers. Popular shows such as Lucifer, Black Mirror and “You” all originally appeared elsewhere.

We can blame it on Netflix, psychology or the monthly price increase, but Netflix sucks.

I’ll be sticking to my personal streaming service. How about you? 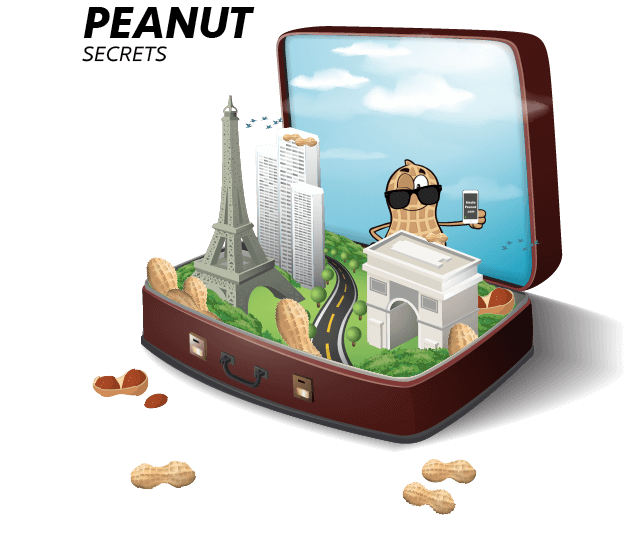