To write on a computer screen with a pen or stylus, you’ll need to understand which devices are compatible with each other and what combination of devices and techniques are ideal for your specific end goals.

In this post, I’ll go over how to write on laptop screen with a pen, what the pros and cons are of using a stylus or digital pencil, and what your alternatives are.

Related: How to use a phone as a drawing tablet for computer

What can I use to write on my computer screen

There are many ways to write on your computer or laptop screen, even if your laptop doesn’t have a touchscreen. You can either utilize another device such as a drawing pad or you can get a cheap capacitive stylus that works on the laptop’s trackpad.

Here are all the different ways to write or draw on a computer screen with pen:

If you don’t want to buy any devices, but still want to write and draw on your computer screen, then you can make your own DIY Stylus for iPad, iPhone, and laptop (household items).

Related: Best standalone Drawing tablets – These don’t need a computer and are portable

However, In this article, we’ll teach you how to write on a computer screen with a drawing tablet using a budget digital writing pad (graphics drawing tablet).

What you’ll need to Digitally Write on a Computer

Here’s the materials you’ll need to write on a computer using a stylus pen.

The best inexpensive digital writing pad is the Huion H610, which typically comes with a high quality stylus. These allow flawless digital writing on a computer. You can even draw over & annotate presentations using zoom. 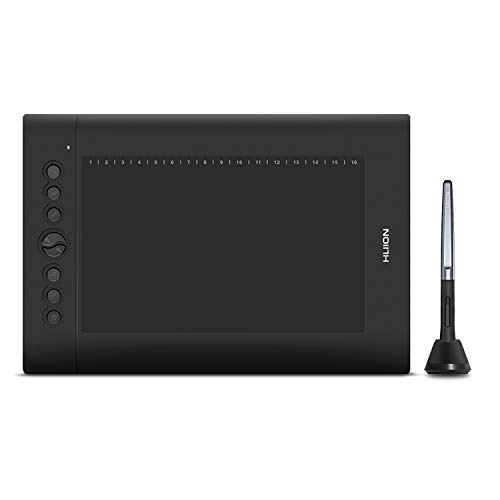 Alternatively, you can learn how to make a DIY stylus Pen and write/draw on your laptop or iPad/tablet’s trackpad by following our guide found here

How to write on computer with pen (draw on screen)

Using a pen to write on a drawing pad means you’ll need to grab a device called an active or capacitive “stylus”, since standard ink pens of course won’t be compatible.

How it works: You’ll be connecting a digital pad to your computer or laptop.. Then, you can freely write on the computer with a pen by using a stylus pen on the pad.

As mentioned, If you’re using an iPad, you can simply use an Apple pencil… see our post: Apple Pencil vs Stylus: What Are the Differences?

Here are the steps for how to write on computer screen with pen (digitally):

First, you’ll choose the proper pen and digital pad for writing on computer/laptop. Like many, I use an inexpensive digital writing pad like the Huion. Which is compatible with both Mac and Windows. Alternatives include XP Pen and Wacom.

The notes/drawings on this pad will show up on your connected computer display when you draw, sketch or write.

The most commonly used device to write on a computer with a pen, is a separate writing pad & stylus, without a screen, that connects to your computer or laptop.

2. Connect the Graphics tablet to your laptop/computer

Next, you’ll want to connect the graphics tablet to your PC. This is done through USB or bluetooth that your device provides. A very common drawing/writing pad/tablet & stylus is the Wacom, Huion, and XP-pen. This is also known as a writing/drawing “pen display”.

Here’s how to connect a digital graphics tablet or digital writing pad to your computer or laptop:

There are also Drawing Tablets that Dont Need a Computer (Standalone) that can be useful if you don’t want to connect to a computer (makes it less bulky of a setup).

3. Download Apps that Allow you to Write & Draw on Computer (Mac & windows)

There are many different apps that will allow you to digitally write on the computer with a stylus pen. Many of these are free.

If you are using Windows, then screen sketch is the most popular free app to be able to write on your computer with a pen. If you are using Mac, then Markup or sketch book does the job best.

Apps that let you write and draw on your computer

Here are Apps that allow you to write draw on the computer with a pen:

You can use the drawing pad (below) as an alternative to your mouse, which will allow you to write on these app with precision. 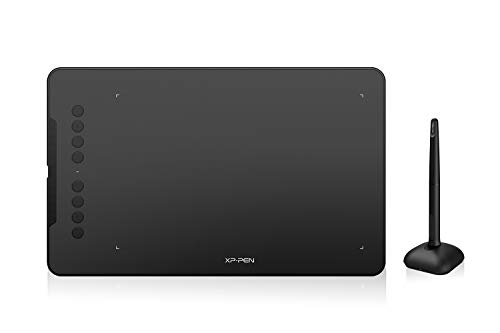 4. Write on computer screen with pen for presentations, drawing or teaching

Lastly, you’ll likely want to use your stylus pen and digital drawing tablet for online teaching, presentations at work, and/or drawing/digital art.

To write on your screen while recording or annotate/draw over a whiteboard presentation, you’ll need the proper set up. These will require separate apps and procedures to work properly.

How to connect stylus pen to laptop

Depending on the type of stylus you are using (active, capacitive/passive, wired), you will be able to connect to a laptop and begin writing quite seamlessly.

If the stylus is an active pen, then you will need to pair it. Here are the steps:

If the stylus is a passive/capacitive pen, you will not require any pairing and should work immediately if the device you choose to write or draw on is compatible/ This will let you write on most touch screen computers without a battery or complicated setup.

However, some 2-in-1 touchscreen laptops such as HP models, Lenovo models, and Surface Pro models are shipped with a stylus or have a dedicated preferred active pen to use with the device. Specific pens include the hp tilt pen, surface pen, lenovo active pen, and apple pencil.

This doesn’t mean you are limited, but it does mean the pairing and connectivity differs. You’ll want to refer to the owners manual in this case or contact the brand directly at their websites. In most cases, the type of laptop or computer won’t matter as long as it runs Windows or Mac. There are even specific stylus made for android devices.

Digital drawing pens require the proper device combination between a laptop, and optionally, a drawing device like a graphics tablet or pen tablet.

What are all the different types of stylus pens?

There are 3 main ways to connect a stylus pen to a laptop, depending on the type of stylus pen and the laptop you are using. Here are all the available types of stylus that will let you write on a computer or a drawing tablet:

From my experience, common issues with stylus pens differ depending on the manufacture and do occur often:

It’s no secret that stylus pens are improving and becoming increasingly useful for artists and note takers, but it’s also true that the way the pens are paired varies from device to device.

How to write on a laptop without using the trackpad/touchpad.

You can write on a laptop without the use of a trackpad or touchpad by connecting a digital writing pad/digital graphics tablet and using a stylus (touch-pad pen). You can also use your mouse  to write on the laptop.

How to write on laptop without touch screen

To write on a laptop without a touchscreen you’ll need to connect a third party device such as a drawing tablet, digital writing pad, or a graphics tablet. Some of these devices have a screen built-in and are also known as pen tablets.

You can also mirror your tablet’s display using different apps and writing on the tablet which will project the writing or drawing onto the laptop or desktop.

How to write on laptop screen without pen

You can draw over your desktop/laptop screen with a pen by simply connecting a wacom or huion pen tablet, or graphics tablet and using a stylus. Alternatively you can use your laptops touchpad and a damp Q-tip for a quick DIY solution, though this doesn’t always work as well as a stylus.

A Good example of how to write on a laptop screen is with your finger, which you can do on the Surface Pro or iPad. However, the tips of these stylus pens wear out and you’ll need to replace them; especially on the surface pro.

How to write on a touch screen laptop

There are multiple stylus and tablets that you can mirror using an app like astropad, which is a screen mirror app for drawing on a mac. If you’re using windows, then you can use an app that lets you do this. One example is Duet display and free alternatives, which lets you connect your tablet to your PC via a USB-C cable.

Once the app/pen tablet is connected to your laptop you should be ready to start drawing, but before that you should check for settings on the device and in software.

For those using an iPad instead of a laptop: How to Turn your iPad into a Laptop

For example, in astropad, when you open it up on your mac there will be an additional tab called “Wacom”. Under this tab is a section that allows you to change the pressure level of your stylus pen for a more realistic feel.

How do I write on paper and transfer paper to the computer for digitized handwritten notes?

You can also connect to the proper app or even use a document camera if your notes are handwritten. There’s also ways to transfer writing on paper to digitized notes. I explain digitized handwritten notes and more in our article best handwriting to text converter apps (iPhone & iPad), it’s possible with an iPhone and your camera.

Yes, google docs does allow for pen and stylus input which allows you to draw in google docs. However, the way it writes or draws is built in the google docs web app and is not an extra added app of any sort. Additionally, it’s quite basic and may not have the advanced functions other drawing apps may include.

You’ll simply open up a new document, then navigate to the top menu and locate the insert menu. Next, select the drawing option. From here you can use the scribble or sketch option by locating the tool that looks like a line. at this point, you can use your finger or capacitive/active stylus to write in google docs.

There are many ways to write on a laptop or computer with a pen. In this post we went over how to do so with a stylus, graphics tablet, wireless drawing tablet, standard tablet and mirroring techniques.

I also covered how you can write on a laptop’s trackpad/touchpad if you don’t have a touchscreen device. This way you can draw on your computer without needing a touchscreen laptop or tablet.

If you’re using a drawing tablet with a built-in screen (or an iPhone), then you can simply use a stylus pen or Apple pencil. Same goes with the Samsung galaxy and the S Pen.

Paul Michael is a media and technology expert whose research reveals how technology and media are being used in the world today. He has expertise on computers, the internet, streaming, Roku, electronics, education, as well as tech & media companies. He also enjoys graphic design & digital art.